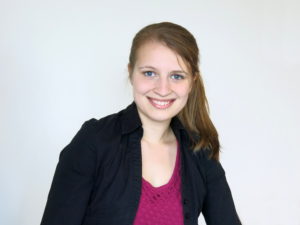 I have always been curious about fundamental questions in science and long fascinated by the idea to engineer a cell from scratch. I am a professor at Heidelberg University at the Center for Molecular Biology (ZMBH) and I am leading the Max Planck Reseach Group Biophysical Engineering of Life. Previously, as a Skłodowska-Curie Fellow in Stuttgart, I worked on bottom-up synthetic biology and microfluidics with Joachim Spatz. In April 2017, I completed my PhD in physics as a Gates Cambridge Fellow at the University of Cambridge, UK, where I built DNA origami nanopores in the group of Ulrich Keyser.

If I don’t do science, I like talking about it with students and the wider public, via webvideoconferencing on Ring-a-Scientist, twitter, youtube or media outlets like The Naked Scientists (BBC – Radio 5 live), ZDF neo or Spektrum der Wissenschaft.